In a time when the unthinkable has happened, and the wheels of the world have ground to a halt, “here & there” and “there & here” have never been so close and at once so far.

A group exhibition without a central theme is an ad hoc response to this liminal, oddly unpredictable/uncontrollable time, when we’re all one, yet each on one’s own (at home and abroad), and when visual art lived a primarily virtual existence.

The exhibition presents the works of 31 leading artists of all generations, who work in our local space, emanating or escaping from it into the international (art) world.

The point of departure for all the artist in the exhibition was a series of prints from the end of the 19th century, reproductions of well-known and lesser-known artworks from the past. At the time of their creation, the prints served as a transmitter of knowledge, as an interface between home and the world. Today, in this apocalyptic season of 2020/2021, selected artists have arbitrarily intervened in individual prints.

All exhibited works are for sale, the artists themselves set the price. This is not just a response to the crisis caused by COVID-19 (in which some areas of our lives are more affected than others), but to a large extent also a wish to stimulate the awareness that in Slovenia investment in contemporary art is severely lacking. “No” to provinciality, “Yes” to supporting the local.

The exhibition was on view in Nebotičnik Arcade in Ljubljana from September to December 2020. It was held on the occasion of the 25th anniversary of the Anonimus Gallery (Ljubljana, 1995-1998).

In 2021, the exhibition was supposed to travel to UGM Studio, but due to known circumstances, we instead moved it online – and sent it into the world! 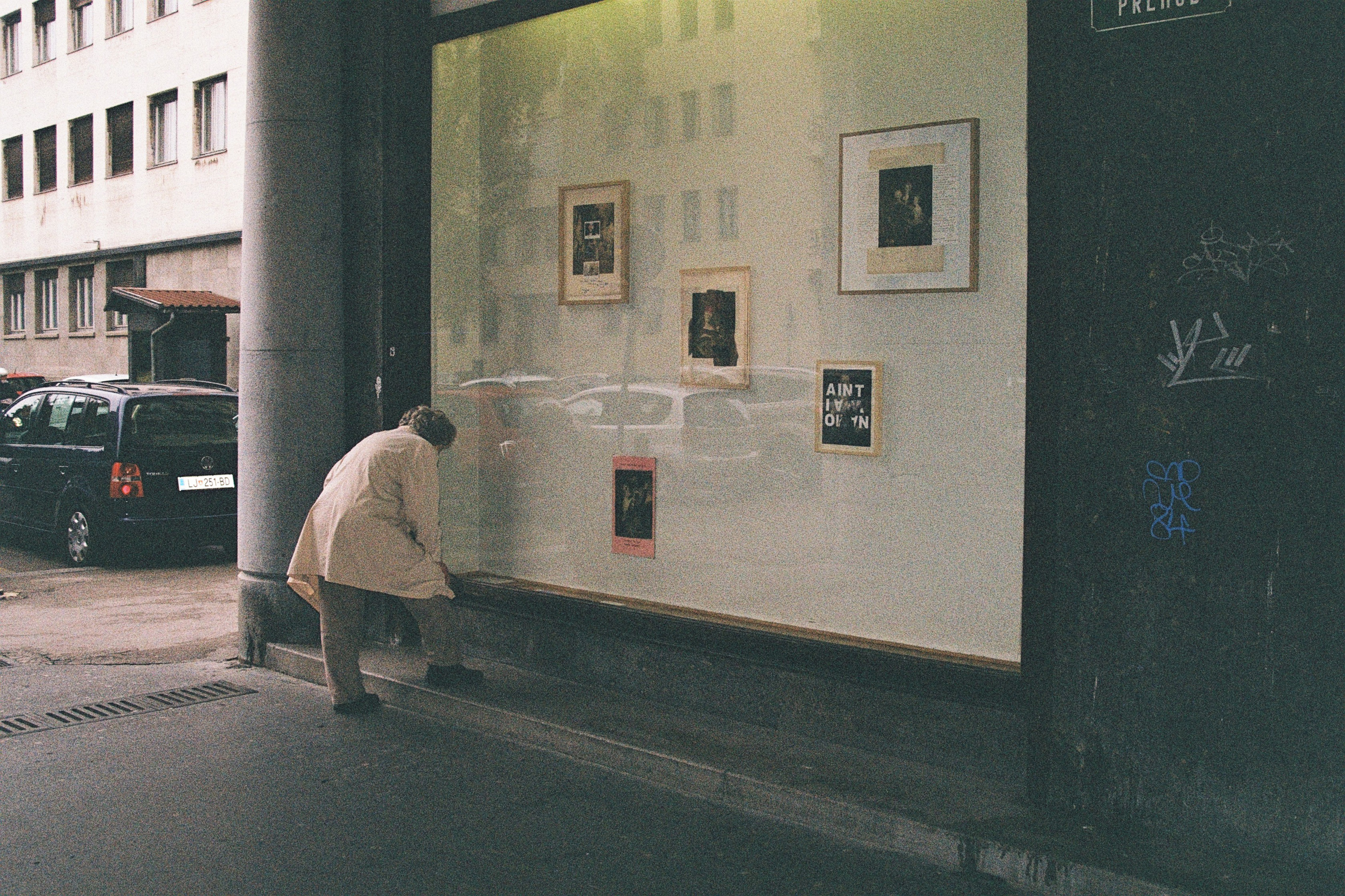